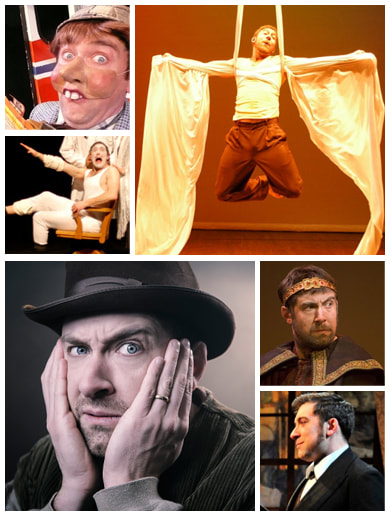 From his early training days through the touring years to today, Stefano's live performance career has seen a continual streak of projects and roles that have enriched Stefano's talent and further established him as a valuable asset in the field of professional live performance. His personal highlights include Axis Theatre’s renowned play ‘The Number 14’, several seasons at the Chemainus Theatre Festival and entertaining over 100,000 children across Canada in various professional theatre for young audience shows.

Stefano holds various award nominations and a Jessie Richardson Theatre Award for his national tour of The Emperor's New Threads by Peter and Melody Anderson.

Stefano is a member of Canadian Actors' Equity Association.